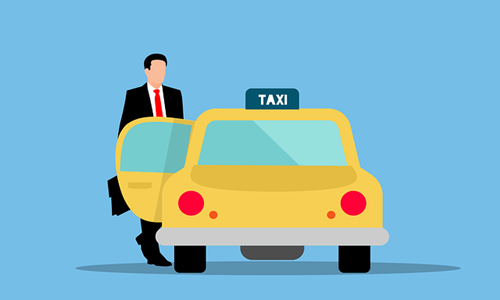 Uber, the renowned American ride-hailing company, has reportedly announced a major milestone, it has completed 1 billion rides throughout all its African markets.

According to the organization, this feat equates to a distance traveled of nearly 10 billion kilometers.

This achievement comes about a decade after Uber opened its first office on the continent in Johannesburg, South Africa. Since then, the company has expanded operations to Ghana, Nigeria, Egypt, Tanzania, Kenya, the Ivory Coast, and Uganda.

Lorraine Onduru, the firm's spokesperson, and head of communications for East and West Africa, stated that since its entry into the market in 2013, Uber has created more than 6 million potential economic opportunities in approximately 50 cities across Sub-Saharan Africa (SSA).

Within the last year, Uber has expanded to more than 30 cities across some of its major markets in the continent. This including twenty-one cities in South Africa, which is its most dominant market, four cities in Nigeria and Kenya, and two cities in Ghana.

The company’s growth initiatives have also benefited Uber Eats, its food-delivery arm, which has entered a few South African regions as well as Nairobi, Kenya. Uber Eats debuted in South Africa in 2016 with only 1,000 restaurants in its catalogue. It now supports over 8,000 merchants across Kenya and 36 cities in South Africa.

According to the statement, Uber Eats and Uber have collaboratively touched over 30 million eaters and riders in SSA. In 2017, the firm's services were used by less than 2 million customers.

Uber has significantly disrupted Africa’s local taxi industry while also providing over 50,000 driving jobs. However, in this time, the company has also experienced tough competition from Bolt across its key regions, which has resulted in a pricing war that continues to influence drivers' earnings today.

Back in 2016, the business slashed fares in Kenya by nearly half due to new competition from Bolt. While the move led to a civil suit being filed against the firm as well as Uber BV from company drivers, the firm had plans to further lower prices for UberX in Kenya

The company later abandoned the plan and released ‘Chap Chap’, a low-cost service, in January of 2018, but it proved inadequate in stopping the legal suit, which is still proceeding despite talks of Uber choosing to settle through arbitration.