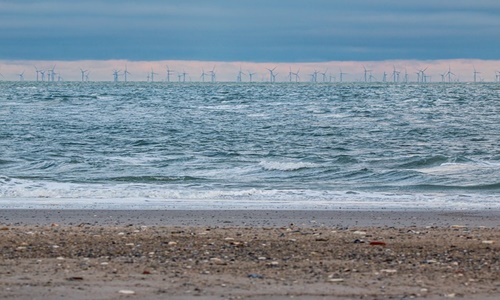 Green technology firm Cleaner Seas Group has reportedly launched a major investment round that will help combat the increasing issue of microplastics pollution in the earth’s oceans.

The group is striving to raise £1 million ($1.1 million) via a crowdfunding campaign and private investment.

The UK-based firm has innovated an innovative retro-fit and integrated filer which can be fitted in all types of washing machines to effectively capture and recycle microfibers that are as minute as one micron.

The system is made up of a self-powered filter that does not need any main power as well as a recyclable cartridge capable of capturing up to 700,000 harmful microfibers every time the washing machine is used, effectively preventing these particles from entering the natural environment.

It is estimated that there are 1.4 million trillion pieces of microfibers in the earth’s oceans, making microplastic pollution one of the biggest unregulated environmental concerns.

The adverse effects of microplastics on marine ecosystem is well documented. Plankton have long been observed consuming these microfibers, which might contain cancer-causing chemicals, that have subsequently found a way into our food chain now.

In fact, microplastics were found in human blood and lungs for the first time earlier this year, raising concerns over their impact on human health and wellbeing.

Cleaner Seas Group will introduce its filtration system to UK consumers through distributors, as well as directly, in the coming months. It is also in the second round of testing with a global washing machine maker to equip the technology directly in new models.

The company predicts that its initial projected revenue of nearly £1.3 million ($1.4 million) this year will grow to over £45 million ($48 million) by 2025, supported by the rising consumer demand as well as actions being taken by international communities to cut down microplastics pollution.

The funding from the firm's investment round will be utilized to develop manufacturing capacity and strengthen its team to support the business’ growth across the globe.

Dave Miller, CEO of Cleaner Seas Group, stated that the firm is offering an affordable solution that can be used by anyone, whether that be a company head or a small household to rid the oceans of the  microfiber problem.