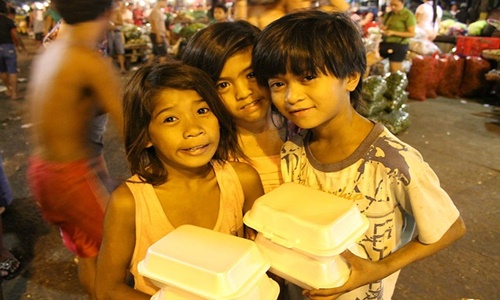 The government of Cameroon has reportedly called for urgent food support for over 2.4 million people facing hunger along its northern borders with Nigeria and Chad.

In a recent crisis meeting, authorities blamed insecurity, natural disasters, and intercommunal clashes for causing food shortages in the country.

According to Agriculture Minister Gabriel Mbairobe, elephants and floods have destroyed several hundred hectares of land, crops, and poultry farms and killed an unknown number of sheep, cattle, and goats over the past six months.

Mbairobe added that migratory caterpillars, weaver birds, and crickets have devastated farmlands in Cameroon along its northern borders.

It was also stated that around 300,000 people find themselves in situations of urgent food insufficiency and close to 2.6 million people are uncertain about their daily meals.

The Agriculture Minister quoted that most poor civilians facing food insecurity are finding it difficult to sustain with surging prices caused by the Russia-Ukraine conflict.

The government blames the Russia-Ukraine war for the rising prices of staple food items like maize, wheat, rice, and sorghum that are mainly consumed in the affected areas. This is because Cameroon gets 60% of its wheat imports from Ukraine and the war has increased the price of a 50 kg wheat bag from USD 35 to USD 60, an unaffordable amount for most hungry people.

Ephraim Chi, a Pousse, Chad-based maize plantation owner, stated that changing climate patterns and uncertain weather conditions make it difficult for farmers to plant the crops at the right time. Chi blamed the civilians and logging companies for cutting down trees for firewood.

As per Cameroonian officials, over 40,000 people, most of them farmers, cattle ranchers, and fishers, intend to return to the border region after escaping the violent clashes that took place over water resources in December last year.