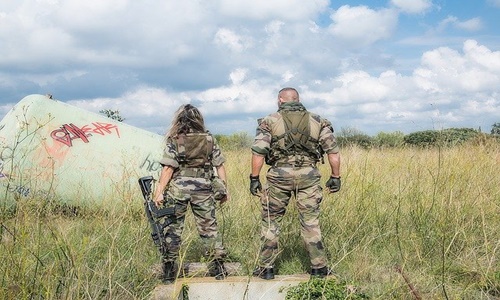 The ICRC (Infrastructure Concession Regulatory Commission) has recently confirmed that Nigeria is all set to start the domestic production of uniforms for its paramilitary and military people from January next year.

It has been claimed that the collaboration between DICON and Sur will span a concession period of 20 years and will be responsible for manufacturing uniforms of Navy, Army, Police, Air Force, Civil Defence and other paramilitary and military organizations.

As per credible reports, Nigeria spends billions of Naira to import military uniform every year. The Government of Nigeria in 2016 disclosed that 4.9 billion ($14.1M) was spent on the same at an exchange price of N305 per dollar.

Not to mention, experts over the years have decried that Nigeria, the African giant despite having the potential fails to clothe its military, takes assistance from the foreign nations like Turkey and others. This leads the country to lose a great amount of wealth in foreign exchange and not accepting the fact that their economy needs to develop.

Godwin Emefiele, Governor, Central Bank stated that Nigeria spends around $4 billion every year on import of apparel and textile.

For the record, Nigeria is considered to be one of the largest importers of military hardware in the sub-Saharan Africa region.

Michael Ohiani, Director General of the Commission in a meeting at the instance of ICRC requested all the stakeholders in the project to solve the issues that were delaying the completion of the factory and give a report about it back to the Commission within a week.