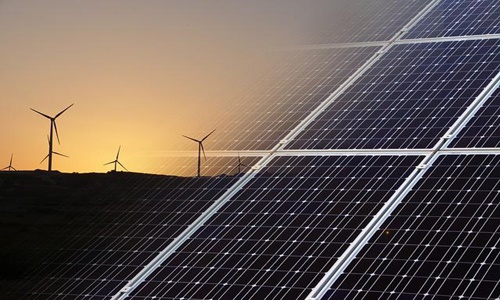 South Africa’s efforts to switch from coal to focus on renewables, electric vehicles, battery storage, and establishing a green hydrogen economy will reportedly require funding of nearly R1 trillion ($64 billion) by 2030, according to a top government official.

The country is the biggest emitter of greenhouse gases in Africa, and the 12th biggest in the world, having decades-old and inefficient power plants that provide a majority of the country’s electricity.

Crispian Olver, Executive Director, Presidential Climate Commission, explained that the $64 billion funding comprises various verticals such as investing in transition fuels like nuclear and natural gas and teaching new skills to people who would most probably lose their jobs.

In 2020, the Presidential Climate Commission was established by President Cyril Ramaphosa to come up with a strategy to move ahead South Africa’s transition to a net-zero emissions economy by 2050.

In February, the Commission released a draft report which laid out guidelines for transition within four key sectors of the country’s economy, which are coal, agriculture, automotive, and tourism.

During a discussion between the Presidential Climate Commission and the financial sector regarding the draft framework at the Johannesburg Stock Exchange (JSE), Olver stated that the Commission is working on the numbers as different models estimate different numbers, and a big debate is also going on regarding energy mix.

While Olver further clarified that they will get a fairly good estimate of the amount of funding needed before the end of this year, the Commission believes that at least R1 trillion ($64 billion) will be needed by 2030, and around R3-4 trillion ($188-250 billion) by 2050.

Last year in November, Britain, Germany, France, the US and the EU agreed to offer an $8.5 billion package to aid South Africa’s transition from coal.

Daniel Mminele, Presidential Climate Finance Task Team Head, stated that the amount will be deployed in such a manner that it garners more investments, especially from the private sector, creating a pathway for the country’s energy transition while going a long way in promoting current investments.