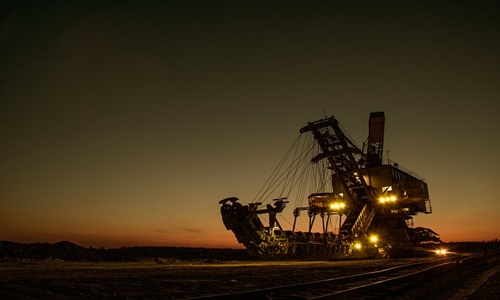 Musad Aldaood, Deputy Minister for Mining Development at the Ministry of Industry and Mineral Resources launched a showcase in Australia under the ‘Invest Saudi’ program in association with the Saudi Australian Business Council.

According to reports, the showcase emphasized on and promoted investment opportunities as well as the capabilities of Saudi Arabia’s strong infrastructure and legal framework. This event is expected to cement the Kingdom’s position as a top global destination for investments in the mining industry.

Aldaood highlighted Saudi Arabia’s objectives to expand the mining sector and assist investors in maximizing their returns. The Deputy Minister also stated that the Kingdom was eager to establish important global relationships in this area.

Aldaood added that the Saudi delegation intended to attract high-quality investments in the Kingdom’s mining industry.

According to credible sources, Saudi Arabia is currently attempting to create a vibrant and open economy, thereby successfully establishing the foundation for the mining sector to satisfy future demands.

During the meetings, Aldaood underlined the multiple advantages and opportunities present in the Saudi mining industry, especially its high level of transparency and the clarity of its rules and legislation.

Aldaood put a spotlight on the mining opportunities that were recently announced, particularly the success witnessed by an international and local consortium of ‘Moxico Resources PLC and Ajlan & Bros Mining Company’. Both the companies won the license to explore the Khnaiguiyah site in Saudi Arabia. The site gave users a unique experience that made risk-free investments possible.

Aldaood also encouraged participants and attendees to pay a visit to Saudi Arabia’s Pavilion at the International Mining and Resources Conference (IMARC), which will take place in Sydney from November 2-4.

Through its participation in the conference and an official visit to Australia, Saudi Arabia aims to bring investments into its mining sector as it wants to make mining the third pillar of its economy.