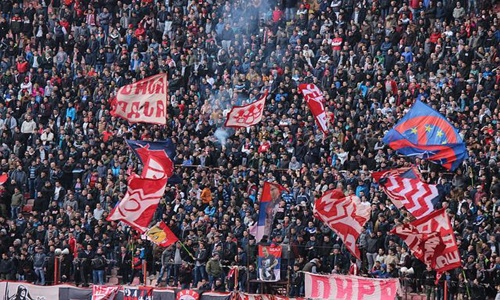 Heineken, the Dutch brewing company, has reportedly announced that it successfully staged its most extensive Trophy Tour in Africa yet. The move comes as the firm attempts to bring the UEFA Champions League (UCL) event closer to more and more football fans all over the world.

The 10-day tour, which was completed on April 13 in Abuja, Nigeria, before the 2022 final game on May 28, included various public engagements in Mozambique, the Democratic Republic of Congo, Nigeria, and Ethiopia where the UCL trophy was on display. Fans from Rwanda as well as Congo Brazzaville also saw the tours in Nigeria and the Democratic Republic of the Congo, respectively.

Open-truck city parades, UCL quarter-final match viewings, novelty matches with local celebs, fan meet-and-greets, media rounds, photo sessions, Afrobeats concerts, as well as visits to government offices in charge of football were some of the events hosted around the tour.

Heineken has sponsored the UEFA Champions League since 2005, and the brand's leadership stated that its trophy tour across Africa for the 2021/2022 season is structured to directly target 50,000 Africans, with an anticipated 10 million more being reached through media coverage.

A football match sponsored by Heineken in Lagos, Nigeria was a highlight of the 10-day trophy tour. It featured football stars and Nigerian music superstars playing against Clarence Seedorf, the Trophy Tour Ambassador, former Dutch international midfielder, and professional coach as well as top staff of Nigerian Breweries, the local Heineken brewer.

The novelty match [AK1] served as an opener to an Afrobeats concert featuring African superstar Davido and Peruzzi, another top-tier Nigerian artist.

For the uninitiated, UEFA, the umbrella organization for more than 55 national football associations throughout Europe, organizes an annual event called the Champions League where top-tier football clubs compete against each other.

This year’s final match is scheduled to be played on 28th of May at the Stade de France stadium in Paris, France.