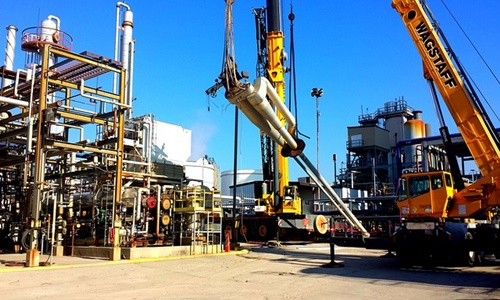 The European Union is reportedly planning to strengthen its collaboration with African countries for supporting the replacement of Russian gas imports and decreasing the reliance on Moscow this year by nearly two-thirds.

Speculations have it that the African nations, especially the western part of the continent, such as Senegal, Nigeria, and Angola, offer the highly untouched potential for LNG (liquified natural gas).

The external energy engagement discussion is planned to be adopted by the European Commission later as a part of a package to execute the bloc’s plan to cut the reliance on Moscow for energy.

The 27-nation bloc wishes to move far away from its major supplier amid Russia’s invasion of Ukraine.

Its draft energy plan also aims to prepare for imports of 10 million tons of renewable hydrogen by the end of 2030 for supporting the replacement of gas from Russia, in line with the EU Green Deal to stay away from fossil fuels and attain climate neutrality by mid-century.

A credible source cites that the EU is planning to increase imports of LNG by approximately 50 billion cubic meters and enhancing the pipeline gas shipments from other countries apart from Russia by 10 billion cubic meters. This requires building relationships with long-established suppliers on a new basis and enlarging trade to developing suppliers.

Another main aim is to enter into a trilateral MoU (memorandum of understanding) with Israel and Egypt to enhance the LNG supplies to Europe further this summer.

Furthermore, the bloc is also planning to double the capacity of the Southern Gas Corridor, which brings the gas to 20 billion cubic meters per year from Azerbaijan.